Scandals: with these 4 steps, a really start-over is done

Until 2015 many of us may have been under the impression that scandals and corporate crises are to be found in the financial world or are an issue of a company's internal affairs. So we may remember examples such as the cum-ex-deals (tax fraud) or the Enron scandal (insolvency entrainment).

With the diesel affair, in the 2. Half of 2015, a scandal became public that reached another dimension and much more people were affected as customers.

In this context, the word "useful illegality" was frequently used, coined by Niklas Luhmann.

So what does it acutally mean to act illegally and what are the boundaries between legal and criminal conduct of business?

Sales, earnings and numbers do dominate

Reducing costs, producing faster and to conquer new markets for its products is of course the primary scope of a company. So executives and management will aim to achive appropriate company objectives.

The limits between legal and illegal procedure are fluent, because rules and specifications can be layed-out in a range of interpretation. In connection with the diesel affair, the terms "motor protection" (still legal) and "shut-off facility" (illegal) are used. A description of "useful illegality" and what conditions cause it are shown below as lecture excerpts:

Lecture "The Engineer between business objectives and technical reality", July 2017 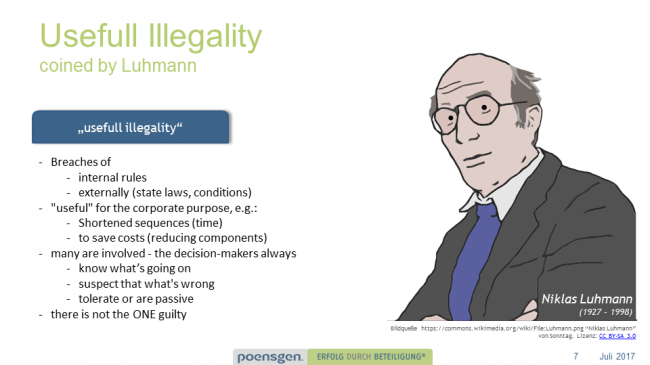 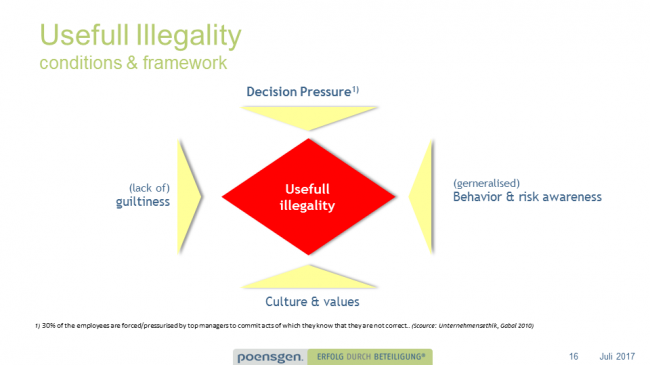 The Scandal as an opportunity

As soon as the illegal behavior is publicly verifiable, an exceptional situation oocurs, which can be life threatening for the company. The management of the company must arrange everything here, in order to prevent further damage. Enduring and "fight" stands in the foreground.

But is already the end of the scandal?

A real reprocessing applies not only further damage from the outside and implements required preventive measures, but reassured customers and company's staff internally so that a chance for a credible new beginning is set.

The 4 steps of the successful scandal reprocessing

Step 1: accept and understand the scandal

Of something useful to classify it as a negative, is a major challenge for all parties involved. But only if the insight exists and the interrelationships are understood, a turning point can been reached.

From the above lecture-excerpts, it is clear that the leadership has a special responsibility. Because both, how decisions are made (leadership principles, according to which values) as well as the corporate culture is characterized by the leadership in the company respectively. Only if the Top Management actively recycles, the credibility - especially internally and vis-à-vis the employees - can be restored.

Step 3: without acknowledgement no new beginning

On a personal level, each decision-maker and people in charge need to know that a re-start can only be achieved by acknowledging the misconduct. This is not a public denouncing, but as a starting point, for example, the reflection in a protected environment (for example, coaching, mediation, or behavioral therapy).

In addition to the external threat, in the form of damage claims and loss of image, uncertainty arises quickly and bad atmosphere in the company. Here too, the Managers may be active, neither glossing over dramatize but still, as far as possible to deal transparently with the workforce. 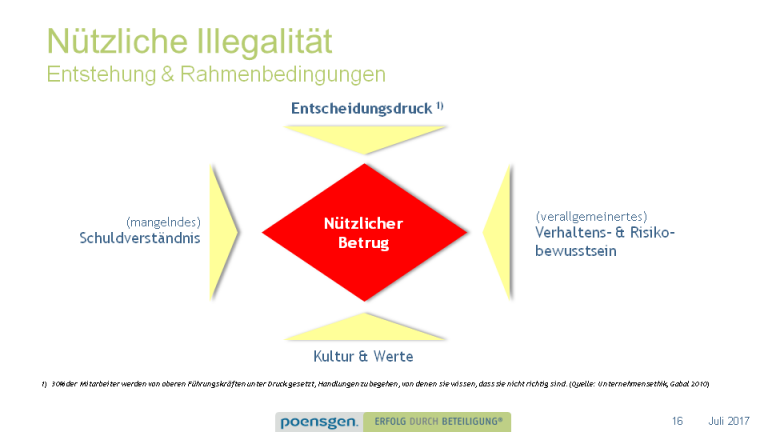 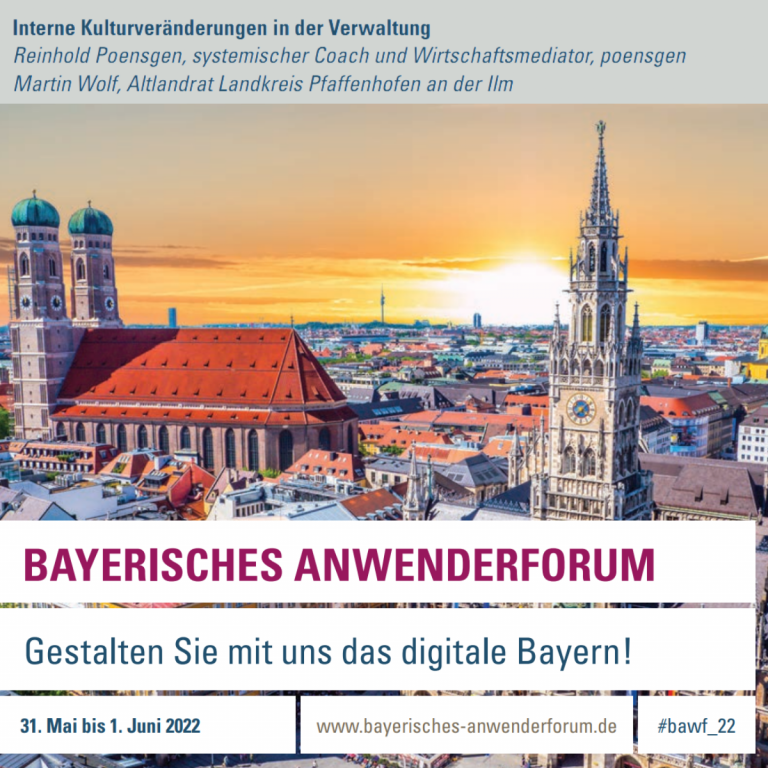 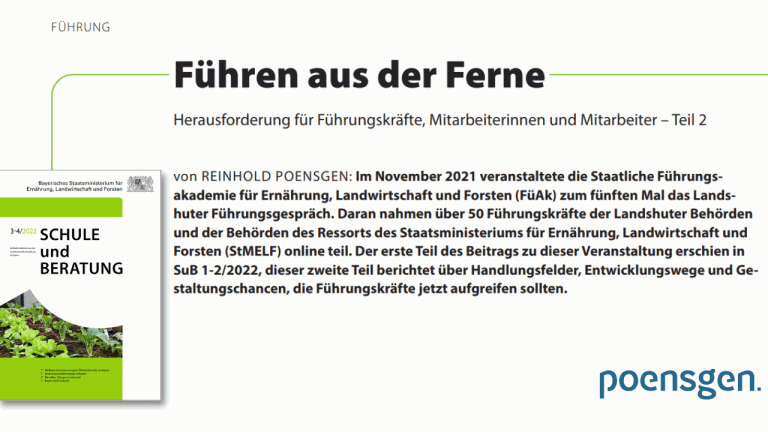 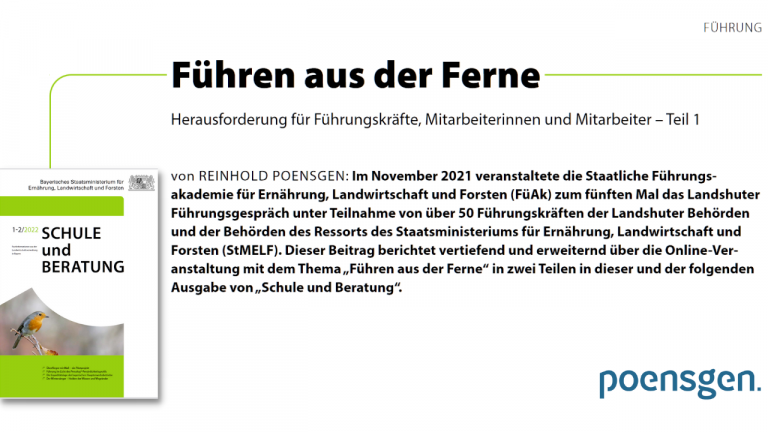 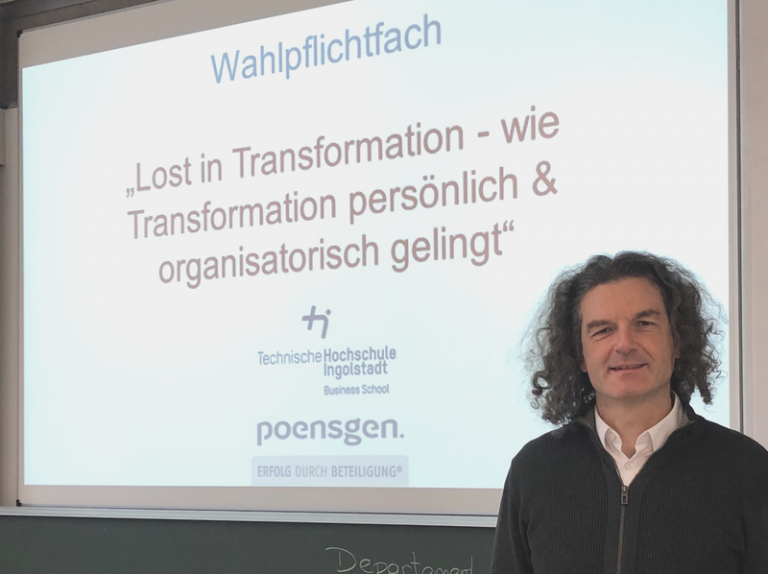 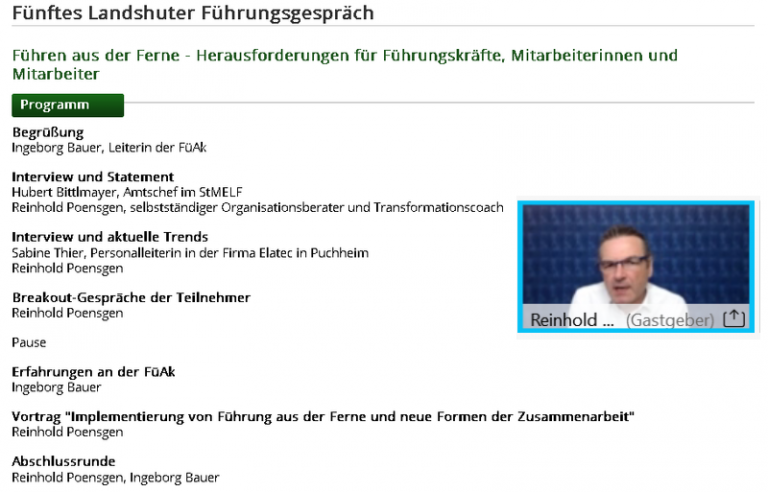 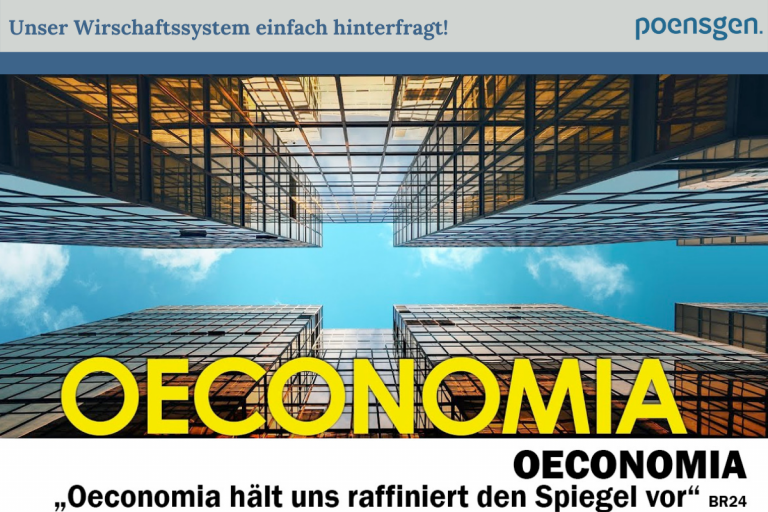 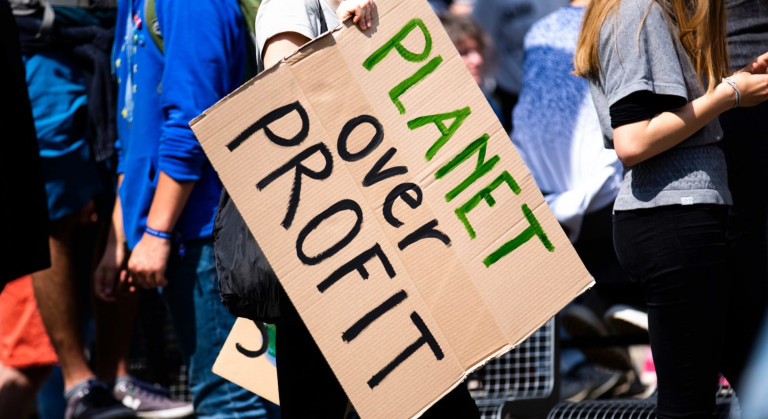 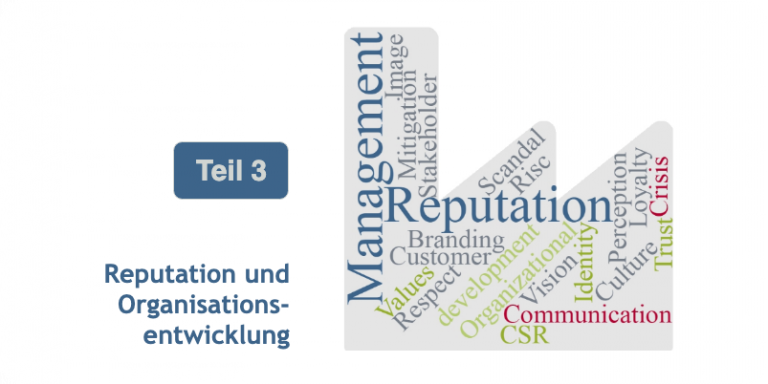